It's Hot Out! Let's Binge on Netflix. 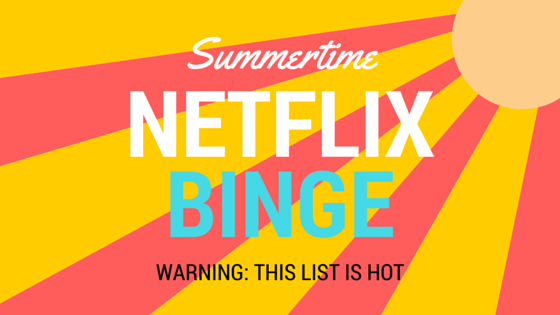 Holy crap it's been hot out! I'm so glad we had our AC fixed a few weeks ago because we're in a heatwave. The kinda scorching temps and humidity that keep you indoors with a cold glass of iced tea . . .or reisling, whatever.

Can you think of a better time to catch up on Netflix?
Snow?
Okay, but that's not until later . . .

So for now I want to share seven of my favorite shows and movies to help you keep cool this summer. 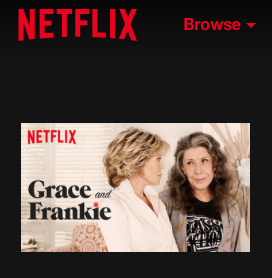 I love this show so much, I started watching it AGAIN! This is a hilarious comedy about two older women starting again when their husbands leave them after having a 20-year affair with each other.

These two are such a fun and energetic odd couple. Plus, I'm totally in love with their La Jolla beach house. This show actually makes me look forward to my 70's. 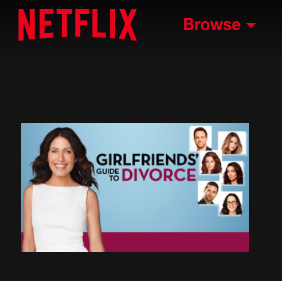 This is a must-see for those of you who love strong and sexy female characters. Based on the book by Vicki Lovine, Lisa Edelstein plays Abby, a how-to author who falls from grace when she admits to her audience that it would be easier if her soon-to-be ex-hubby . . .
were dead. This show is smart, sexy, and funny. Season one is on Netflix now. 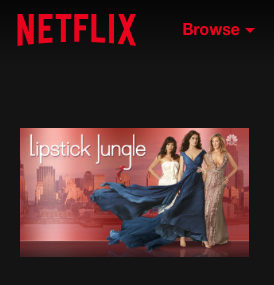 This show aired years ago, but it's still one of my go-to's. Why? First, it's based on the book by Candace Bushnell who also wrote the book that inspired my absolute favorite show, Sex and the City. If you love chick-lit, then you'll love Lipstick Jungle. Follow three powerful women as they navigate their high-powered careers, relationships, affairs, and kids. All in the Big Apple. The entire series is available to stream now. 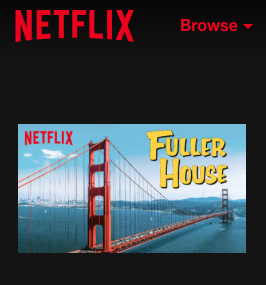 Okay, so I know most of you have seen this, but come on, it's so adorable and nostalgic. Watch it again! I've seen the whole season twice already. I couldn't stand Stephanie Tanner when I was growing up (I know, How Rude!) but she's easily become my favorite character on the show. Not to mention, John Stamos appearances. Talk about hot, hot, hottie, hot! 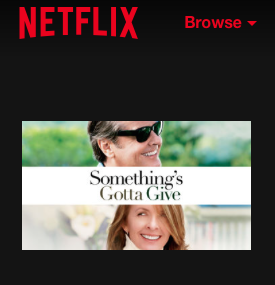 So now we're on to the movies. This is one of my favorite movies of all time, and I watch it ever year when the weather starts warming up. This is one of the funniest most heartwarming romantic comedies out there. Nancy Meyers is a fantastic writer and Jack Nicholson and Diane Keaton nail it in this film. Really, I love all of Nancy Meyer's films like The Holiday and The Intern. She has the best set designers. Beautiful interiors calm my nerves. (Thank you, Pinterest!) 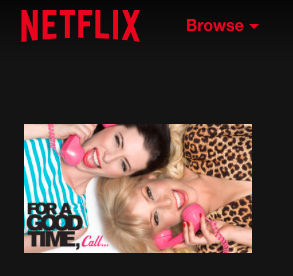 Ha, ha, ha, ha, ha! That's what I did throughout this entire movie. Two rival roommates start a phone sex line and it gets them into some hilarious shenanigans. What I love most about this movie, besides the numerous LOL moments, is that it's really a story about friendship. I wish I wrote this movie. It's seriously sexy and funny. 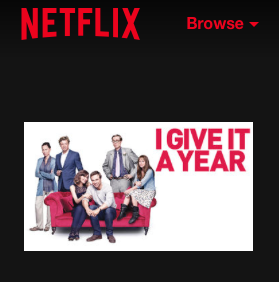 Last but not least is a RomCom that's so good even my husband enjoyed it. And though I've made him sit through many chick-flix, this is probably the only one he's ever really liked. It's the story of a newlywed couple's relationship that peters out and each has a new love interest. The only problem is, their still married! This movie is funny and sweet and I'm positive you'll love it.

So there you have it, seven shows and movies to keep you entertained out of the sun and in the AC. Post a comment below and let me know what movies or shows are on your binge list this summer.