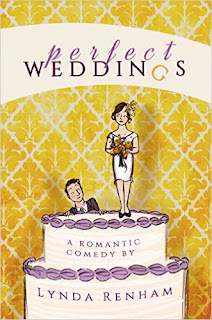 Linda Renham is fun, romcom author from across the pond who was kind enough to share a story with us. Her latest novel, Perfect Weddings, is available now!

So, I’ve got a bus pass. Let’s not go too much into how I got one, okay? I’d rather not go there. Anyway, a free bus I have. It’s been in my purse for months. I live out in the sticks, where buses run hourly (if that) so the thought of standing around waiting for a bus when I could pop into Oxford quite easily in my car seemed a silly choice to make … until.

I met my friend Marie in Oxford for a few hours shop and some lunch and the car parking charge was over ten quid. Now, that’s just taking the Michael right? So, when we arranged to have another jolly (as Marie terms it) around Oxford, I thought why not use my bus pass? It’s free after all.

Organised I became. And that’s unusual for me. I checked the bus number, G3. It came to my village at a quarter to the hour, every hour. I then checked the times of the returning buses, emailed them to my phone. I prepared a chicken curry in the slow cooker, turned it onto low, after all I would be back by three so it would be safe enough. Armed with everything I needed for my bus trip, I set off to get the 11.45 bus which would get me into Oxford by 12.30 and all free of course. Marie never said a word but I sensed she was uncertain about the whole thing. It was a lovely sunny spring day. Perfect for my first venture on a bus, after all it must have been all of thirty years since I went on a bus. It was lovely. I travelled through several other local villages before heading onto the main road, and then finally towards Oxford Town itself.

‘Let me know when you arrive?’ Marie had texted.

I don’t know why she was so worried. I arrived on time and we had a great shop and several coffees. In fact we had been enjoying it so much that we lost track of time. It was almost four.

‘Fancy something to eat?’ asked Marie.

My stomach churned at the thought of the chicken curry. It would be okay wouldn’t it? It was on low anyway. But to be on the safe said. I text my stepson who lived nearby to ask if he could pop in and turn it off, after all, better safe than sorry.

Off we trotted to Pizza Express. Halfway through my phone bleeped. It was a text from my stepson.

My stomach flipped over. Oh no. I’d just presumed he’d popped in around four and turned it off. Visions of my cottage on fire now began to haunt me. Oh no, this is a disaster. Even a free pass isn’t worth my house burning down.

We finished up our food and I glanced again at the time on my phone.

But I won’t be home until well gone six and by then we’ll either have chargrilled chicken curry or a burnt down cottage. I sent Andrew a message saying I should be home before him but to be aware the slow cooker had been on since 9.

‘You worry too much,’ he replied.

‘Where do you get your bus from?’ asked Marie as we hurried along, both of us conscious of my burning cottage.

My brain froze. I had no idea.

‘Presumably outside Debenhams,’ I said. ‘That’s where I got off.’

‘Probably,’ said Marie, unworried. ‘My friend used to get that bus and she picked it up around Debenhams.’

We kissed goodbye and she trotted off to her bus stop and me to find mine, except the G3 wasn’t mentioned at the Debenhams bus stop, or at the bus stop further down. I strolled around the corner to the next lot of bus stops. The sun had now gone down and the wind was sharp and cold and I didn’t have a coat. I tried not to panic, after all the G3 had to go back too didn’t it? Finally I found it. G3. I double checked it did go to my village, although I knew G3 was the right one. And then I waited and I waited and I waited. It was getting colder and there seemed to every bus in Oxford but the G3. I checked my phone again. There should have been one at 5.30. Then I saw it, large as life and the most beautiful sight ever, the G3 bus. Except it said it was terminating at Woodstock, which was quite a way from my village. Never the less I jumped on and checked.

‘You want the next one love,’ said the driver. ‘I’m not going the whole way.’

I sighed and clambered off into the cold again. Meanwhile another passenger waiting at the stop asked me about his bus. I simply gave him a blank look. I barely knew which, was my bus, let alone what was his. Plus, I had a lot more on my mind. Like my slow cooker. It seemed my stepson at this point was going to pop in and then he saw my car and presumed I was home. How was he to know I’d taken the stupid bus?

Finally another G3 came along and I jumped on, sighing with relief. Maybe I would be home just in time before the dinner dried up totally. I struggled to relax and focused on the two women chattering away behind me. My ears pricked up when one of them said,

‘This is the Enstone bus isn’t it?’

I nearly threw up into my handbag. Enstone, what did she mean Enstone? Enstone is miles from my village. No, she must have it wrong surely. It’s the G3 and it goes to my village via Woodstock. Yes, here we are coming into Woodstock. The bus goes through the village as I hoped and then travels along the road that leads to the turn off for my village. I check the time. It’s now almost six. Andrew will soon be home. Please let him come home to a charred chicken rather than a charred cottage. The turning for my village loomed ahead. I’m ten minutes from home. I may even make it before Andrew. I get my phone out ready to dial 999. Best to be prepared, I always think. But the bus flies pass my turning and continues on into the countryside. Oh no, he is going to Enstone which is miles away. Has he gone insane? I jump from my seat, almost flying into his lap as he brakes sharply.

‘You want this stop?’ he asks.

I stammer out my village and he looks curiously at me.

Oh my God that’s even further away. He may as well have said Dublin.

‘You needed the Charlton G3,’ he said.

How many bloody G3’s are there? Why can’t there one like everyone else has.

‘But …’ I begin but it’s no good telling him about my charcoal cottage is there?

‘You’ll have to go all the way with me now,’ he says, moving off.

I sigh and text Andrew, fighting back my tears.

‘I’m so sorry for burning the house down. I only wanted to save parking fees.’

A quick message back tells me he is home and that home is still there in fact and that the curry looks great. Meanwhile, I’m travelling through the countryside of Oxfordshire.

We arrive at Chipping Norton where the driver tells me he has to wait a while before turning back. We then go all the way back and finally reach the turn off for my village but instead of taking it he stops.

‘You need to cross over, get the next one. It should be five minutes and that will take you to the village.’

‘One consolation,’ he says.

Oh really, is there one?

‘You won’t do this again will you?’

He’s quite right of course.

I cross the road, get the oncoming bus and get home at 6.45.

Still it could be argued I got the most out of my free bus pass. 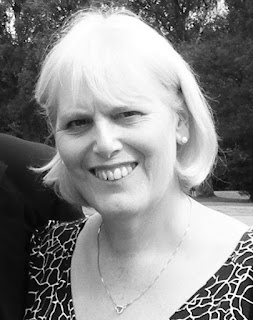 To learn more about Lynda, connect with her on her website or on social media!